IN THE NEIGHBORHOOD from Algiers where the presidential palace and foreign embassies are located, some believe the water pressure has increased in recent times. But don’t tell those who live in the suburbs of Algeria’s capital, where faucets have been running dry for days, as temperatures and temperatures soar. Protesters blocked main roads and railroads. “If the water stops flowing, everything else will too,” said a local journalist, conveying the mentality of the protesters.

Enjoy more audio and podcasts on ios or Android.

Algeria is not alone. In recent months, protests against water shortages have erupted in Iran, Iraq, Sudan and Yemen. Two protesters were shot dead in Iran on July 16. And the lack of water is contributing to unrest elsewhere in the Middle East and North Africa.

Drought has been a feature of the region since biblical times. But now climate change is causing longer dry seasons, along with hotter heat waves and record temperature spikes. Precipitation is expected to decrease, precipitating in some places, leaving farmers to dig more wells, draining aquifers and causing potentially irreversible environmental damage. For most of the region, the trend is for a drier, hotter and more miserable future.

Some governments are tackling the problem. Israel and the Gulf states rely on desalination plants, which can run on solar energy and produce a cubic meter of fresh water (enough for 3,000 small bottles of water) for as little as 50 cents. But many governments are making matters worse. Protesters blame mismanagement and corruption for much of the misery. “The water sector is disintegrating,” said Hassan al-Janabi, former Iraqi water minister. “There will be an explosion.

Agriculture accounts for the overwhelming share of fresh water from ground or surface water sources in the world (around 70%), according to the World Bank. The proportion is even higher in the Middle East and North Africa (around 80%). Crops are completely dependent on irrigation in the arid region, and officials say support for agriculture slows the rural exodus and reduces the need to use hard currency for food imports. So Egypt, for example, allows its farmers to draw water from the Nile for nothing other than the cost of pumping it.

Such subsidies have long encouraged farmers in the region to waste water heavily. Yet leaders like to use cheap water as a way to buy aid or promote their own interests. The regime in Jordan, one of the driest countries in the world, uses it to appease the farmers of the powerful tribes of the Jordan Valley. In Iran, the Islamic Revolutionary Guard Corps has diverted a river to cool its steelworks in Isfahan. A former president, Akbar Hashemi Rafsanjani, is said to have even built a dam to water his pistachio crop.

The protests in Iran took place in Khuzestan, where most of the country’s Arabs live. Much of Iran’s freshwater flowed through the province. The ancients remember the days when ships bound for America sailed up the Karun River. But dozens of dams have drained the rivers and marshes of Khuzestan. Angry locals accuse the clerical regime of diverting water to Persian cities and seeking to drive Arabs out of the land in order to drill more oil. “No to forced migration,” chant the demonstrators.

Those in Algeria often blame corruption for their water problems. The government has spent more than $ 50 billion on water supply projects over the past two decades, but much of it has evaporated. A former minister of water resources has been sentenced to prison for theft of funds and in recent weeks two others have been arrested. Ten of the 11 desalination plants built by a state subsidiary are in poor condition. The story is much the same in Iraq, where the construction of a large desalination plant has been delayed for years as the country’s ruling factions bicker over who will get the contract.

The war made it difficult for some countries to maintain hydraulic infrastructure. And water is sometimes used as a weapon. Islamic State jihadists tried to block the Euphrates in order to starve their opponents in Iraq. Turkey-backed rebels in northern Syria have ceased to operate a water plant that supplies the breadbasket of their rivals, the Kurds. A report from the University of Sana’a estimated that 70 percent of rural skirmishes in Yemen before the civil war started as water disputes.

Water could even become the main cause of future conflicts. Egypt and Sudan are quarreling with Ethiopia over the filling of a giant dam on the Nile. “All options are open,” Egyptian President Abdel-Fattah al-Sisi said threateningly. Turkey and Iran are also building dams that will deplete the water flowing to Arab countries. The Israeli blockade of Gaza ensures that the territory does not have the means to produce sufficient drinking water.

Other observers, however, are more optimistic. It’s cheaper to desalinate water than to fight for it, says Eran Feitelson of the Hebrew University of Israel. Yet water unrest could have global consequences. Yemenis, for example, are already abandoning parched villages. Without better sharing, management and investment, millions of people in the region risk becoming climate refugees. ■

Next Why is the State of Israel's budget so important to the fight against Iran? 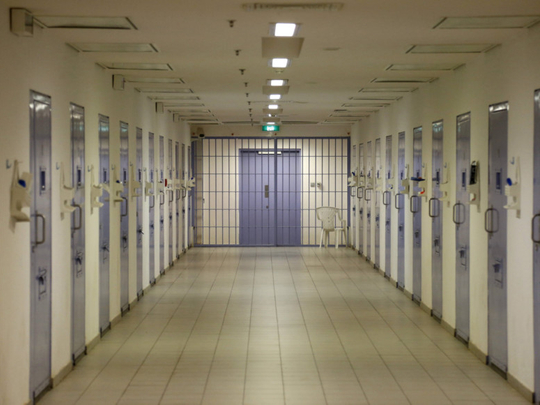